Kappa is an Italian sports equipment and clothing brand founded in Turin.

over a century old …

Kappa was originally founded in 1916 which makes it over 100 years old, and is now truly a global brand serving worldwide.

Kappa does a lot of sponsorships ranging from worldwide football teams to musicians, Canadian rapper Dkay also featured Kappa in his music video for No Suprise.

One thing that is very different about Kappa is their logo. Most if not all other sporting brands have symbols or letters as their logo’s but Kappa has something completely different. Kappa’s logo consists of 2 persons sitting back to back with one another.

Ellesse was founded in 1959 by Leonardo Servadio. The brand grew in popularity in the 1970’s with their ski-wear range and has also been closely associated with tennis ????.

In the 1970’s and 80’s Ellesse gained in popularity mainly due to its combining of sports-wear and street level fashion. Ellesse is also known as one of the first companies to feature their logo on the outside of it’s garments proving to be a big hit and the norm in today’s society.

Ellesse is still as popular today as it was a few decades ago and this I feel is down to its eye catching designs and high prices. Moderate prices and eye catchings designs is something that always appeals to me.

why not leave your thoughts about Ellesse or any products you have bought down below , we would love to hear from you.

Lets take a look at the fashionable adidas firebird tracksuit . With it’s sleek & fashionable look this tracksuit just makes you want to wear it as a casual outfit and not just for sporting occassions . Long lasting and durable , how much would you pay for this tracksuit?

Overall great value for the price you pay for this trendy  Adidas tracksuit. (CLICK HERE TO VIEW/ PURCHASE THE ADIDAS FIREBIRD TRACKSUIT)

The Glue outlet was well presented & stocked up with most of the household brands such as Nike , Adidas, Champion , Tommy Hilfiger , alongside some local Australian brands .

The branch i visited was by Sydney Harbour , here’s a few pictures i took on my travels

The Glue store also offers FREE DELIVERY on orders over £75 , to take advantage of this offer or to take a look at more of Glue stores amazing offers please <<CLICK HERE>>

Rising to fame with his signature footwear which is high end stilleto’s comprising of red lacquered soles , (Click image for more details).

The company has branched out since into menswear , handbags and  perfumes .

I have listed a few below , to see the items in more detail click on the images . 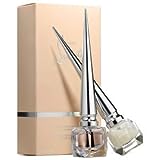 Valentino … is an Italian clothing company founded in 1960 by Valentino Garavani , which he went on to sell for $300 million in 1998 . Since then it has sold a few times and is now owned by the state of Qatar since 2012 . 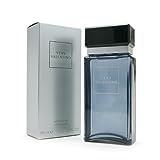 Valentino’s also have been selling perfumes since the late 1970’s . To see more products like these in more detail please click on the images  . Also don’t forget to leave a message below if you have any suggestions .

I always knew that the price of  trainers was always on the increase but recently i had a real shock when I found out that a couple of hundred pounds was the norm and sometimes over a thousand pounds.

Lets take a look at a few that I’ve randomly selected with the price tag in mind . Here’s a few i found on Amazon. Click on the picture of the trainer to see the real price , can you guess?

Born in 1957 in a town in Italy well known for shoe making , Giuseppe Zanotti started off his career in the 1980’s .

In the early 1990’s Giuseppe acquired his first shoe making factory and set about working on his company .

In 1994 Giuseppe travelled to New York to present his first Giuseppe Zanotti collection . Barneys New York , Saks Fifth Avenue , Neiman Marcus , Harrods , Harvey Nichols are just a few of the luxury retailers that are still with the brand up till today .

2016 saw Giuseppe Zanotti celebrate the opening of his 100th store in Shanghai and today employs up to 650 staff who are responsible for making approximately 600,000 pairs of footwear .

It’s always interesting to hear people’s views on what they think of high end trainers and also what price you would pay .

Please leave your comments and suggestions below 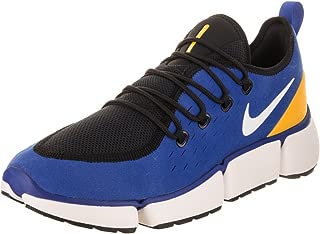 Do I Really Need Them

There is always a temptation to buy a pair of brand new trainers just to compliment your new tracksuit. However you have to really ask yourself “ do you really need them ?” At this point I almost always go with my gut feeling . If I see something that catches my eye there and then I will almost certainly buy it (as long as the price is right).

If I’ve purchased my tracksuit for a special occasion then again almost certainly I will complete the outfit by buying a pair of trainers to compliment the tracksuit.

It’s always good to try and match your tracksuit with the same branded trainers, unless your going for completely unbranded. These days designs are so eye catching that you can almost wear anything and it will match up to your outfit.

Again this is down to personal choice . Bear in mind these days a lot of outlets are giving big discounts if you spend more in one store .

As I have just touched on buying from the same outlet can result in getting bigger discounts also keep in mind any loyalty schemes or coupon promotions the brand/outlet maybe running. This is probably one of the main reasons why people tend to stick to certain brands.

Another good place to start looking when you first visit an outlet is the sale’s rack. It’s become a common feature in almost all outlets these days. it’s always worth taking a look as you might just find something you like at a discounted price.

Why not share your thoughts about the subject , just think back to your most recent purchase and how it went for your . It’s always good hearing about other people’s experiences. HAPPY SHOPPING

Everybody likes feeling & looking good especially when it comes to your appearance . That’s why when your looking to buy a casual tracksuit it’s important to have all the product details beforehand. Things like material size price etc.

This particular tracksuit is the army black colour , other colours are also available.

The hoodie and the bottom has two deep pockets and the hoodie is also adjustable.

Regular fitting top & bottom so it’s not too loose or tight.

Material is regular cotton & polyester so gives it that warm comfortable feel. It’s machine washable so very easy to look after .

overall a very good looking tracksuit and is reasonably priced at under £19.99

Casual-tracksuits are probably the most common form of boys/men’s tracksuits that are worn these days,giving you a total comfortable feel.

This is why you find more & more people wearing casual  tracksuits on a daily basis and not just for sports activities.

Nothing better than knowing you look and feel great, this is why when you walk into a shop to buy a casual-tracksuit the choices are far too many.

Casual–tracksuits have become the most popular form of clothing for boys/men,as you can almost wear them to most outings,parties,general wear and nights/days out etc.

Your cart is empty